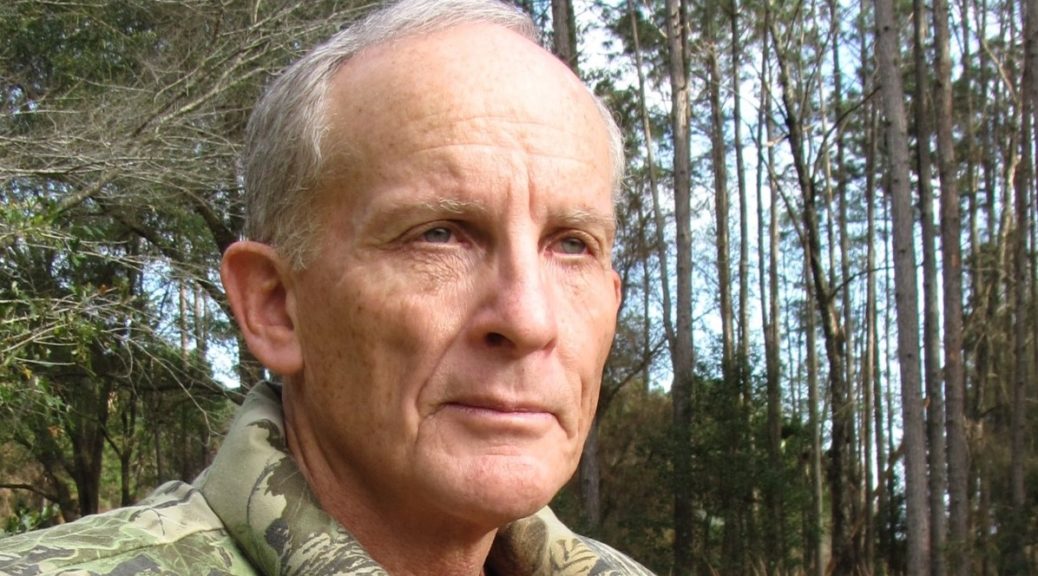 Few of us would dare tread the swamps and rivers as Bob Lee did, or lie in wait among the rattler-infested palmettos where this (now retired) Florida Game Warden stalked his criminals. Whether he tracked them by foot, followed in his FWC (Florida Fish and Wildlife Conservation Commission) vehicle, or chased them by boat−Bob caught his bad guys. For thirty years this land patrol lieutenant served the citizens of Putnam, St. Johns, and Flagler counties in northeast Florida.

By light of day or dark of night, Bob Lee has tracked and arrested some of this state’s most cunning criminals−grizzled felons, eager to shoot him dead−and brought them to justice.

Who are the bad guys?

Usually armed, they are illegal wildlife hunters−self-serving poachers who take illegal game. Their breed ignores the law of fair chase and has no consideration for preserving nature and Florida’s resources. They are rogues who put themselves first and steal from the rest of us.

Bob Lee writes about these adventures, criminals, and apprehensions in his two books, Backcountry Lawman (2013), and Bad Guys, Bullets, and Boat Chases (2017), both published by University Press of Florida.  His stories, told from a game warden’s perspective, are certainly unique.

When Bob Lee agreed to a recent interview I was thrilled.

In your first book Backcountry Lawman (2014) you mention an early encounter with Florida Game wardens who came to take care of a nuisance gator on your dad’s property. Besides their positive but latent impression on you, what other early childhood influences steered you in the direction of being an outdoorsman, including the very earliest? How did the influence of other people “bend” you in this direction? Were there any special teachers in school that influenced you?

I could tell you all the usual things, like how I grew up to love hunting and fishing, etc. But let’s go straight to the hog, an overfed feral hog named Snookie. My friend, Billy, had caught it in the wild when it was just a pig. Billy’s mother fed it leftover pasta (they were Italian) every night. After two years, she told Billy, “Get rid of Snookie, she’s destroying my flower beds.” By now Snookie had become a pet. She trotted happily alongside their Lab when playing frisbee in the backyard. She loved to have her back scratched. Billy couldn’t just kill her. So, we decided to take Snookie home, to a remote island on Lake Tsala Apopka, at three in the morning. This adventure meant putting a caged, 300-pound hog in an unstable fourteen-foot Jon boat with four gangly teenagers. That, as they say, “Is another story!” In case you’re wondering, yes, it did get sketchy, but also left me with a fun memory of Florida’s backcountry.

There was a karate instructor at the University of South Florida who instilled a great deal of confidence in me, perhaps a little too much. I took some risks while on the job that could very well have ended my career and my life. What I’m talking about is operating patrol boats at night, without lights, and at times very high speeds.

Chalk it up to luck of the draw, maybe divine intervention, but if I had zigged instead of zagged, I wouldn’t be here.

As a Game Warden with full law-enforcement powers to arrest, you tracked the wildlife criminals through wilderness tracts, cattle ranches, and swamps. Always in danger, and frequently alone, you dodged moccasins, swam past gators, and at times with no radio contact−yet you faced down the villains. What event do you recall as the one that still brings a shudder−the one (or two) you don’t know how you survived?

There were several events. I’ll use two for illustration: One night I was sneaking around a house to get down to the owner’s dock where, according to a tipster, a man was illegally catching fish with an electrified dip net. I had just slipped through a ligustrum hedge and out onto the front lawn, when the soft glare cast by a table lamp in the living room window blinded me. The best way I can describe it is to imagine you’re creeping through a dark tunnel when a small light suddenly blinks on. I took one more step and pitched forward, into the abyss. I fell about six feet and landed face down, cracking my cheek open on a sharp rock. I flipped on my flashlight, and lo and behold, a two-foot long, half-inch steel rebar was poking out of the ground next to my face. If I had landed six inches to the right, the rod would have pierced my right eye socket and out the back of my skull. And that’s how they would have found me when the sun came up, like a butterfly pinned to a cardboard backing.

The second event happened when I was coming out of remote creek at night, with my headlamp on, doing about 40-50 miles per hour. The hull slid out of the narrow channel by just a few feet and when it did, a lot of things happened, and none of them were good. I hit the submerged root ball of a ninety-foot cypress tree. My patrol craft flipped on its starboard (driver’s) side and sank until it was half-submerged, including the outboard. The force of the water ripped the headlamp off my head. As I was sliding down the tree’s trunk in total blackness, I had time for one brief thought, “If this boat rolls all the way over, I’ll be shredded like a piece of cheese.” Anyway, fortune smiled on me again when my bow hit a forked limb, which righted the hull and caused it to ricochet onto the bank. Twenty minutes later, the bilge pumps had drained 250-300 gallons of water out of the boat. I was back in the St. Johns River by four in the morning. Fifteen minutes later, I encountered Roger Gunter, Putnam County’s most notorious poacher, and had the boat chase of a lifetime.

If you had not followed this career path in your life, what do you think you would have gravitated toward?

I would have retired from the Pinellas County Sheriff’s Department. I was going through their police academy when the Game and Fresh Water Fish Commission hired me in 1977.

Your second book, Bad Guys, Bullets, and Boat Chases (2017) is as captivating and as expertly written as your first. Being of similar age and reflecting on my own lack of creative writing instruction in Florida schools, how did your educational background prepare you for writing of this quality? Would you say your writing talent followed you through life, or was there a point in time where you said, “Well, I’d better get serious and develop some skills for this project (book) I’m planning?”

I don’t think you can write well unless you like to read–a lot. My parents provided me with a steady stream of Superman comics and Hardy Boy novels, if that tells you anything about where I’m coming from. My time at the university did not help in any big way. I consider myself to be a self-taught writer. There are two methods I use: The first is through my writer’s critique group, where we meet monthly to review each other’s manuscript. The second is to break down how the best authors do what they do, be it nonfiction or fiction. Only study the best in your genre. I have hundreds, if not a thousand plus hours, dedicated to this type of study and the notes to prove it.

What is your deeper purpose for promoting the stories in your books?

“Deeper purpose” kind of scares me, like you’re expecting something profound, which I don’t do. My purpose in writing these books is to educate the public on a little-known facet of law enforcement that is often misunderstood and gets little attention in the press. Another reason is I have this little invisible man sitting on my shoulder. He leans into my ear and whispers, “Write, write.”

What is it that gives you the most joy?

Is there a place where the public can find out where your next speaking event/book-signing is?

Do you have a regular series of teaching events where people can drop in?

The teaching events I’ve done to date are for law enforcement. The public would not be allowed.

What can one find on Bob Lee’s bucket list?

I take it one day at a time, follow my nose and see where it leads me.

If you had it to do over, what would you do differently?

As to the big things in life, nothing. I’d have married the same lady and taken the same job. I consider myself to be uncommonly lucky.

Keep our youth away from social media and video games, particularly violent video games. I firmly believe gaming addictions are the devil’s spawn! Nothing is for free, or at least it shouldn’t be, everyone should have to make his or her way in the world. At the same time, one should always remember there are those who truly do need our help.

All great questions, Jennifer. I’m honored that you asked me to participate in your blog.

And thank you, Bob Lee, it’s great to know a real Florida hero.

Bob Lee has been published in Florida Sportsman, Flamingo, International Game Warden and other publications.

Besides Backcountry Lawman (2013), and Bad Guys, Bullets, and Boat Chases (2017), Bob Lee has planned a work of fiction. I’ll be watching for it and look forward to reading it. Who knows? Maybe the protagonist will be like Bob,  another fearless Florida Game Warden.