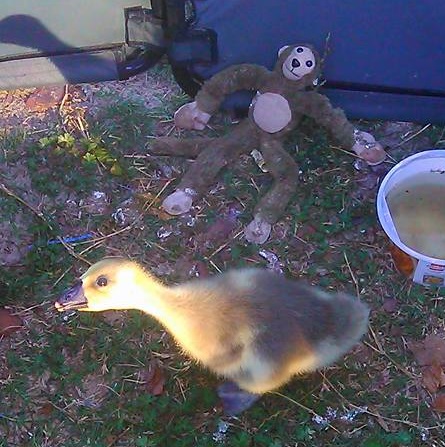 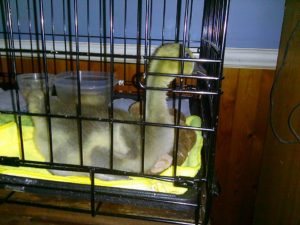 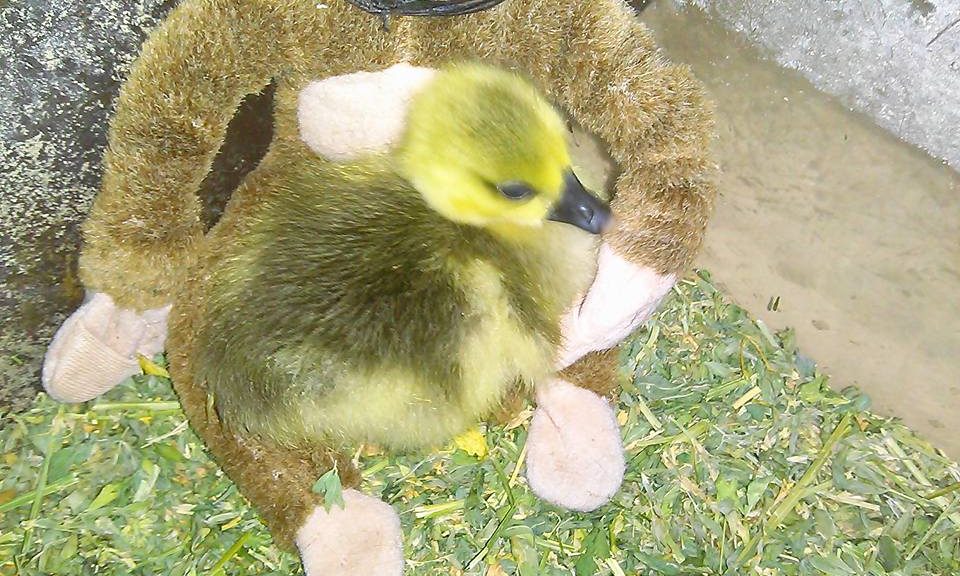 Peep! Peep! Peep!  Gail reached a gentle hand into the cardboard box and caressed the little grey ball of fluff, her new baby African grey goose. A long time ago Gail owned  geese and her animal-lover heart had grown quite fond of and attached to them. So attached.

A little thrill ran through Gail’s heart. Soon little Amelia would be following her all over the farm.

“There, there, Amelia. It’s alright. Settle down. Shhhh!”

Peep! Peep! Peep! Geese are naturally noisy, and Amelia’s racket persisted. But it didn’t surprise or bother Gail. She smiled. For sure, riding in the car was a wild new experience for this one-day-old gosling. But Amelia’d soon learn to love her rides and her new life at Gail’s farm.

“It’s okay, baby.” Gail returned her hand to the steering wheel. She hardly noticed the beautiful sunlight, the mossy green woods, or the miles that raced by. Her mind was churning with ways to make a happy little life for the new gosling.

Hey, hadn’t she once heard that geese liked a mirror in their box? Or a ticking clock? Might as well try it on Amelia.

An hour later Gail’s truck pulled into the farm. Her yorkie and mastiff met Gail at the door. With noses high, they circled around, eager to satisfy their curiosity about the noisy peeps drifting down from the box. Gail set the box down and showed them the little goose.

The dogs quickly settled as if to say, Oh, okay. It’s just another one of Mama’s critters.

There had to be a toy around here. At least a dog toy. Yes….and there it was, over there on the kitchen chair, the silly thing she brought home the other day, a skinny stuffed monkey, one that screamed when you threw it or hit it. The dogs had hated it. Turned their nose up at it.

Gail scrambled over, snatched it out of the seat, and crawled back to Amelia’s box. She lowered it into the corner and propped it up for Amelia to see.

Gail’s jaw dropped. She grinned and reached for the dogs. “Would you look at that.” 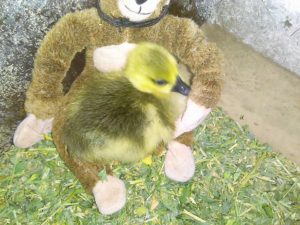 With satisfied chortles Amelia snuggled into a furry ball on the monkey’s narrow lap. It was just the right size for a downy puff like her.

Gail tightened her hug around the dogs. “Looks like we might just get some sleep tonight after all, guys.”

A righteous man regardeth the life of his beast. Prov. 12:10a